Oh where to start?! Weve had a crazy week. We started off with all of us having the stomach flu. So needless to say we spent the weekend at home which helped me stick to my budget:) Monday we all felt better and cashed in all our loose change and took Ben to Gnomeo and Juliet. Ben even saved his Valentine money and bought his own popcorn. He was super proud of himself. We got home a little late and Ben was ready for bed as soon as we walked in the door, poor little guy couldnt even stay awake for the ride home:)
Then Tuesday was the really exciting day. I applied for a special military only credit card because I wanted to rebuild my credit that was maliciously distroyed-BBL Anyway it finally came in and you get 10% your first purchase and after much discussion Joe and I decided to purchase washer and dryer with it and paying it off with our income tax return. Instead of just buying them with our income tax- which we had already planned on doing. So Ben and I drove to the base, thinking we would take them home in Joes truck that day. We got all the way down there only to discover they didnt have the set we wanted on hand so we had to schedule in home delivery and at first I was pretty twirked that I was going to have to wait but it turns out God knew what was going on. Cause as we were leaving the base Joes truck died. He was driving behind me and said he lost all power to his wheels, then it would no longer go into gear. So we got it off the road and hurried to the on base auto-shop which was blessedly still open. Only to discover that they think its a tranny problem and they dont work on trannys. But they gave us the number for another auto-shop. We call the other guys and were blessed again when they gave us the number for a tow place that only charged $50-60 and they towed our truck like 10 miles or more. Now were just waiting to see what the damage is and how much its going to cost. I have pretty much given myself an ulcer over worring about paying for it all, but as my husband pointed out Gods hand had been in the situation from the begining. So praying God already has a way worked out and it will all be fine. Now if I could just convince myself of that:) 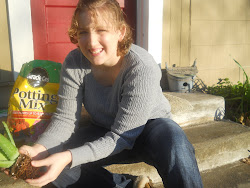